In this last of a 4-part Beginner´s Guide series I take a look at the extended or xWeb. What is it, and what does it mean for teachers? 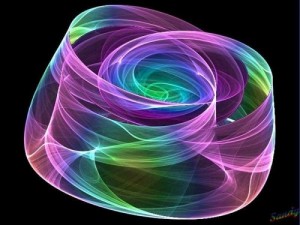 If the concept of Web 3.0 is still a bit hazy, then the xWeb (short for ´extended web´) is a vague outline in a snowstorm. Some elements of the outline are emerging, but details (especially on application in education) are still vague. Let´s start with the clear stuff.

The xWeb extends the real world into the virtual, and blurs the boundaries between the two. It explicitly links virtual and real, and feeds into the semantic web. In fact,it´s also referred to as Web 3.0, or even Web 4.0. So even the terminology is not entirely clear. Before you reach for wikipedia (no entry on ´xWeb´ that I could find), let´s consult an expert.

George Siemens provides (for me) one of the clearest definitions of the extended web, in this excellent blog post. Here´s the key point for me:

Essentially, the xWeb is a blurring web, reducing distinctions between physical/digital worlds through mobiles, location-based services, augmented reality, internet of things, and digital graffiti (i.e. comments by Foursquare users on physical locations such as businesses). The xWeb is the web extended into the physical world where our context, our profile, our previous interaction with information and others, and location are symbiotically related to (they impact and are impacted by) our search or information foraging activities.

So not only your virtual interactions (such as a Facebook update), but real interactions (such as shopping at Wallmart, carrying your GPS-enabled mobile phone)  can potentially be tagged. And we finally end up with something like the famous scene in the film Minority Report where billboard advertising talks directly to Tom Cruise. Seemed far-fetched in 2002, but seems scarily more likely now! Just think about how often you go out with your mobile phone. Do you ever leave your house (possibly already on Google Earth) without it? Clearly issues of privacy become central with the advent of Web 3.0 and the xWeb.

Gaming: Merging the virtual and the real

In  the world of gaming, the virtual and real have been blurred for a while. The term ´virtual reality´has been around since the 1970s. But if you really want to be freaked out, take a look at this video, which shows an augmented reality game that merges the real and virtual worlds (with toy guns that look scarily real).

And much is being made of Microsoft´s latest Xbox product, Kinect, which merges virtual and real by eliminating the need for a handheld console. Voice commands and gesture are used instead:

What does this mean for teachers?

If we conceive of the xWeb as the blurring of virtual and real, there are in fact several applications already available. Some of these are being used in the classroom. Here are just 3 key areas for teachers to investigate:

Apps such as those produced by Layar provide overlaid virtual information about the real world, on mobile phones.

You don’t need to be a gaming geek yourself, but it’s a good idea to keep up with what’s happening in the world of gaming, and its application to education. Although motion-related games like Kinect (see video above) may have limited use in the language classroom, there are plenty of computer-based games out there that can be used effectively in language teaching.

Mobile phones are already ubiquitous, and mobile learning is perhaps one of the easier ways for teachers to start  implementing newer technologies in the classroom.

As a colleague tweeted recently in response to my last blog post on Teachers &  Web 3.0 – ´And I thought we were still in Web 2.0!´ We are, but Web 3.0/the xWeb is already starting to emerge out of the mist. We need to sit up and take note. Our students are.

Previous posts in this series: