Digital literacies 5: Remix in the classroom 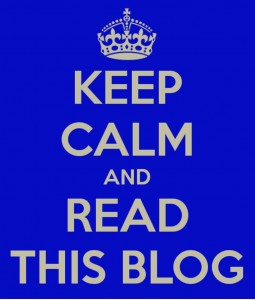 “Remix? What’s that got to do with English language teachers? Our job to teach language, not mess around with digital stuff…”

Giving regular workshops about digital literacies, this is a reaction that I often get when we talk about remix literacy, arguably one of the more complex of the literacies. But let’s back up here. First, what is it?

What is remix literacy?

Cast your mind back to 1977 (if you’re old enough). The Queen’s Silver Jubilee in the UK. A group called The Sex Pistols is popularising punk rock music. They release a punk rock version of ‘God Save the Queen (listen to it here). All hell breaks loose – at least among those that care. Many, many letters are written to the Times and other newspapers deploring this musical attack on decency,  and on all that is sacred and ‘English’. You can read about the furore here.

This is remix. It takes two or more different genres, and/or media, and mixes them up to produce something new. Remix can be creative, jokey, teasing, playful… and in the case of the Sex Pistols, deliberately subversive.

Understanding remix often means understanding the cultural norms or themes that are being teased out, played with or subverted. Creating remix means having the technical ability to manipulate images, text and other media. Sound complicated? It doesn’t have to be.

Remix in the classroom

An example of an image meme that became fairly well-known and has had a considerable shelf life is ‘Keep calm and carry on’, usually accompanied by the image of the crown of the Queen of England (for the background to this meme see here). My favourite variations on this meme are:

An image meme like this can form the basis of a lesson introducing learners to both understanding and producing remixed images. Here’s how.

1 Show learners a remixed version of ‘Keep calm and carry on’ (there are several examples here). Ask them if they know the meme and any other examples of it.

2 Explore more examples of the Carry on meme with the learners, unpicking the meanings behind them, and drawing attention to the style. For example:

3 Put the learners in pairs and ask them to create their own versions of the Carry on meme. If you have enough laptops or mobile devices and an Internet connection, or access to a computer room, point the learners to the meme generator site Keepcalm-o-matic. If you have no technology at all in the classroom or school, ask the learners to produce their meme on paper.

4 Ask learners to share their memes, and vote on the most original, most surreal, most obscure, most amusing, etc.

5 Put the  learners into new pairs, and ask them to choose another image meme online. (The grumpy cat meme is fun, and there are several more in the header on the page). Ask them to choose one and to find out more about it.

6 Pairs present their chosen meme to the class, showing their favourite examples.

So what we have here is a lesson doing what we often do in the communicative language classroom: we use an image as a springboard for discussion, we get learners to read, and we get them to produce language- in this case, some written, but mainly spoken (especially in stage 6).

The Carry on meme has been around for a while, so you may already have used it with your classes- if so, how? What about other memes? Have you got a favourite meme to share? Please feel free to comment below.

Nicky Hockly
The Consultants-E
May 2013

This workshop provides an introduction to ‘Digital literacies’. It offers an insight to the different aspects of digital literacies and gives some practical tips for the classroom. The workshop was filmed at the British Council Young learner centre, Barcelona in December 2012. The workshop is divided into four parts.