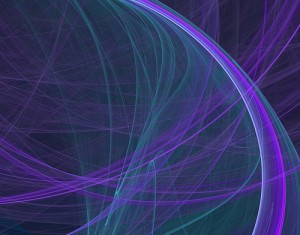 Of course I learned a lot more than five things in 2013, but here are five that I especially like:

1 The quantified self movement

When a non-techy friend visiting me from London showed up wearing a FitBit earlier this year, it struck me that the self- quantified movement has gone mainstream. Gadgets that measure sports performance have been around for many years – my triathlete partner has been using a Garmin watch since I met him- but for the rest of us, these devices seemed irrelevant. But now you can track your eating habits, sleeping habits, how many steps you take a day, and even your moods, on a daily basis via your smartphone. I’ve been experimenting with the first three via a number of apps this year, which has been revealing. The main benefit is raising awareness of one’s habits, the first step in trying to change some of them (mine: eat less chocolate, do more regular exercise, sleep more). The downside concerns privacy (who has access to this data, and what can/will be done with it?).  More on the quantified self here, and here (includes recommended apps to try out).

Despite Diane von Furstenberg’s much-hyped 2012 New York Fashion Show with models wearing Google Glass, one wonders how much uptake this particular wearable technology will have. Apart from not coming cheap, Glass is still clunky-looking and potentially excessively intrusive. Do I really want my social media stream in front of my eyes all day long (yes, I know there’s an off button)? Do I want to be looking at a view and be able to name each of those hills via a Glass augmented reality overlay every time I take a hike? Well, not really, especially if I look like a Glasshole in the process (Wired magazine’s terminology, not mine), not to mention the privacy issues (again). Maybe if Glass was in the form of contact lenses… But more affordable and selling well is wearable technology like smart watches that mirror your smartphone screen, for example the crowd-funded Pebble. Yes please, Santa!

I’m a little late to the party on this one, and only heard about the Japanese virtual pop star Hatsune Miku via a Wired magazine article earlier this year. As in many things strange and technological, Japan is well ahead of the game, and Hatsune has been around since 2007. I was reminded of Hatsune again this week via Stephen Downes  linking to this Daily Mail article. Strange but true.

Although I’ve known about, used (and blogged about) augmented reality for a while, I still hadn’t got around to creating any AR myself. A recent AR experiment had me turning the cover of our 2013 book Digital Literacies (co-written with Gavin Dudeney and Mark Pegrum) into an AR marker, using Layar. See if the marker works for you (it should!) by doing the following:
To come: a blog post on how to get your students creating AR markers for book reviews as part of a Book fair at your school.

Note: I used the free version of Layar to create this AR maker (it has ads). Another app that enables you to create AR markers is Junaio/Metaio.

And finally, a shout out for The Fair List, which encourages gender balance for speakers at English language teaching (ELT) events in the UK. Launched by colleague Tessa Woodward in April 2013, it aims to raise awareness of the often quite astounding gender imbalance in plenary speakers at ELT events, which frequently have many more male plenary or panel speakers than female. This is especially odd in a profession so overwhelmingly practised by women. As a regular speaker at conferences myself , I see that The Fair List could be applied to contexts beyond the UK. And they have their work cut out. Two days ago I attended a conference here in Spain – of the five plenary speakers, exactly none were women. Let’s see if the language teaching profession internationally can do better in 2014.

I hope you’ve all had a fruitful and fulfilling 2013, and please feel free to share anything you’ve learned about in 2013, in the Comments section below… Happy 2014!